ALWAYS REMEMBER BEFORE YOU SPEAK!!!

A Muslim must always remember, without a doubt, that he will account for every good and bad thing that he says. He will be rewarded for his good words, and he will be punished for every bad word that he says. Allah (S.W.T.) says in surat Quaaf, which can be translated as, “Not a word does he utter, but there is a watcher by him ready (to record it) .” (Verse 18) 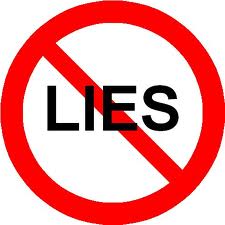 It is from the tricks of Shaytaan that he first makes sins look insignificant and minor in the eyes of the believers, and then gradually deceives them to commit those sins. Lying is one of them, and people do not show much concern about its prohibition, however, lying is a characteristic of hypocrisy, Abdullah Ibn Amr Ibn Amr al-Aas (radhi allahu anhu) narrated that the Prophet (sallallahu alaihi wa-sallam) said: “Whoever has the following four characteristics will be a pure hypocrite; and whoever has one of these four characteristics will have one characteristic of hypocrisy unless and until he gives it up; whenever he is entrusted he betrays, whenever he speaks he tells a lie, whenever he makes a covenant he proves treacherous, and whenever he quarrels he behaves in a very imprudent, evil and insulting manner.” [Saheeh al-Bukharee]

so, Beautify your tongue with the pearls of TRUTH!!!

O you who believe! Have Taqwa of Allah and speak (always) the truth”
Surah Al-Ahzab (33:70)

Some TIPS to speak Beautifully…

Always speak when it is beneficial or remain silent…

Do not shout or scream on others…
Prophet Muhammad (saw) also said: “There are rooms in Heaven which are transparent. Allah (SWT) has prepared them for those who feed the hungry ones, use nice words in their speech and avoid bad talk and verbal abuse.”

Muslims are instructed to attract other people’s love and friendship by using good words.
Prophet Muhammad (saw) said: “A believer shall not curse others.”

Never use bad language, even if you are serious or just kidding around, because Allah hates the disobedient, and He hates the one who curses

so, In this week let’s try to speak as you are spreading the fragrances of flowers…