Beauty Of The Word “Alhamdullilah”

Arabic language in Quran is more than just what we read in a translation. I came to know this after listening to Nouman ali khan tafseer. So by mere reading a translation you cant get the whole message and the real beauty of The words of God. Here is a very tiny and simple example of how a single word of Arabic can have a vast meaning in it that cant be just translated as a single word in english.

Word Alhamdullilah (الحمدلله) does not just mean “praise be to Allah” Its not a simple praise like you would praise anyone else.
By saying Alhamdullilah we mean “Praise and Thank be to Allah” so we are “praising” Allah and at the same time we are “Thanking” Him.
Like for example you would praise something saying “nice clothes!” But you wouldn’t say “thank you” for the clothes !
But when you praise Allah for something by saying Alhamdullilah you also at the same time Thanked Allah for that thing. Subhanallah !
Arabic is like no other language ! Its So beautiful and vast. This is one of the reasons why Allah selected it for Quran.
Just like this word there are tons of other miracles in the language of Quran.
you can check out many videos and lectures of Nouman Ali khan about this amazing language. 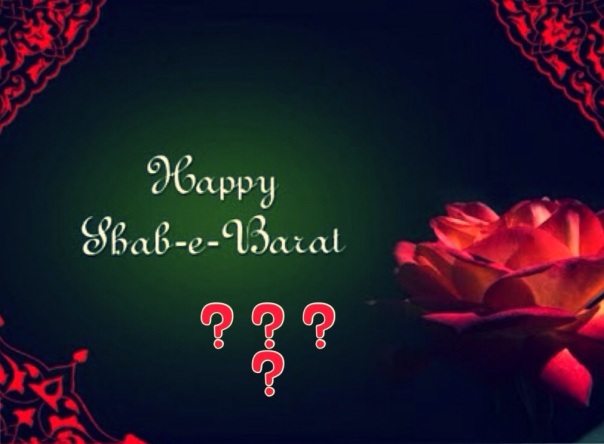 Growing up in Pakistan, the month of Sha’baan would bring in a lot of excitement and celebration. And that was because celebrating the night of the fifteenth of Sha’baan was a big thing and considered a very virtuous act, indeed. Men would gather in the masjid while the women prepared ‘Halwas’ and sweets, preparations were made for all night vigils or “Shabeenas” as they were called, buses were made available to take the men to visit the graveyards and flyers were distributed to everyone containing a long list of ‘special prayers’ so that they could stay up all night praying.

But, Alhamdulillaah, how Allaah Subhaanahu wa Ta’ala protects His Deen. When Allaah enabled me to study this beautiful religion of ours, all that changed. I realized that all those ‘special prayers’, all those night vigils, all those Halwas and all those graveyard visits were really not the way of the Prophet . In fact all that was far…far away from his Sunnah and the Sharee’ah that he brought.

And so I thought I would bring to attention some of the misconceptions and wrong ideas attached to this month as this ignorance and innovation has become so rampant, that it has become a sort of an epidemic, not only in Pakistan but in practically every Muslim community that exists.

Misconception # 1: The night of the 15th of Sha’baan should be singled out for worship, prayer, etc.
Clarification: Our best example and role model is the Prophet () and he never, ever singled out this night for worship or qiyaam nor did his Sahaba.

Shaykh Ibn Baaz said: “There is no saheeh hadeeth concerning the night of the fifteenth of Sha’baan. All the ahaadeeth that have been narrated concerning that are mawdoo’ (fabricated) and da’eef (weak), and have no basis. There is nothing special about this night, and no recitation of Qur’aan or prayer, whether alone or in congregation, is specified for this night. What some of the scholars have said about it being special is a weak opinion. It is not permissible to single it out for any special actions. This is the correct view. And Allah ( ) is the Source of strength.” (Fataawa Islamiyyah, 4/511)

Misconception # 2: There are special prayers to be offered on this night.
Clarification: The truth of the matter is that there are NO special prayers to be offered on this night specifically. And all those ‘ahaadeeth’ giving you long lists of special ‘formulas’ that are “supposed to guarantee you Allah’s forgiveness and Jannah” are all fabricated, false and innovations in our Deen. If there were such prayers, the Prophet () would have told us about them and we would have had evidence of him and the Sahaba doing it.

Thus, when ‘Abd-Allah ibn al-Mubarak was asked about the descent of Allah () on the night of the fifteenth of Sha’baan, he said to the one who asked him:

“O weak one! The night of the fifteenth?! He descends every night!”

Misconception # 4: This is the night when our fate, lifespan, and provisions are decreed.
Clarification: Some people think that the “blessed night” (laylatim-mubarakah) mentioned in Surah ad-Dukhan, 44: 3, refers to the night of 15th Sha’baan, when Allah decrees our lifespan, provisions and fate. In fact, they even pray 6 rakahs, 2 for each of these things. However, all that is fabricated and far, far away from the Sunnah. And, in reality, the “blessed night” mentioned in Surah ad-Dukhan, actually is referring to Laylatul Qadr that comes in Ramadhan. (Tafseer Ibn Kathir of Surah al-Qadr)

Misconception # 5: One should fast on the day of the fifteenth.
Clarification: Here again, there is no saheeh reports that tell us that the Prophet () or his Sahabah ever picked this day specifically to fast. The Sunnah of the Prophet () was to fast most of this month and not just the 15th. However, if the fifteenth of Sha’baan coincides with a Monday or Thursday, or with the three white days or if a person is generally fasting, without associating seeking extra rewards to fasting this specific day, then it is allowed. (Sheikh Muhammed Salih Al-Munajjid)

Misconception # 6: This is the night when the souls of departed ones return to their families.
Clarification: Here again, some people misunderstand the ayat in surah al-Qadr and think that the ‘sending down of the Ruh’ as mentioned in this surah refers to the souls of dead people returning to see their families, even though it refers to Jibreel (Tafseer Ibn Kathir). And that is why we see women preparing the sweets, the Halwas and other ‘goodies’ for the souls of their loved ones.
Not only is that in itself an erroneous, deviant belief and bid’ah, but to believe that the souls of the dead can return back to the world and meet with their relatives is also totally incorrect and false. The teachings of the Qur’an and the Sunnah clearly state that the souls of the dead do not return back to the world. Besides, they don’t even eat the Halwas. It is actually you who eats it!

Misconception # 7: Visiting graveyards especially this night is something good.
Clarification: Although the Prophet () encouraged visiting graves, he forbade singling out any day or night for any kinds of good deeds if it is not prescribed in the Sharee’ah. And he did not specifically visit the graveyard on the night of the 15th of Sha’baan. The hadeeth of Aisha that mentions that the Prophet () visited the graveyard this night is not authentic and thus does not have any proof for visiting graves specifically on this night of Sha’baan.

Misconception # 8: Even if the ahadeeth about worship on this night are weak, one can still do it.
Clarification: The correct scholarly view is that weak ahadeeth should not be followed at all, even if they speak of righteous deeds or of targheeb and tarheeb (promises and warnings). The saheeh reports are sufficient and the Muslim has no need to follow the da’eef reports.

Shaykh Ahmad Shakir said: “There is no difference between rulings or righteous deeds; we do not take any of them from da’eef reports, rather no one has the right to use any report as evidence unless it is proven to be soundly narrated from the Messenger of Allah () in a saheeh or hasan hadeeth.”

Misconception # 9: Look at all those people doing it. How can they all be wrong?
Clarification: The Muslim is supposed to refer to Allah and Sunnah of His Messenger () if there is any confusion or dispute about matters and NOT what the rest of the world is doing.

“O you who believe! Obey Allah and obey the Messenger and those of you who are in authority. (And) if you differ in anything amongst yourselves, refer it to Allah and His Messenger, if you believe in Allah and in the Last Day. That is better and more suitable for final determination.” (al-Nisa’, 4:59)

Shaykh Ibn Jibreen said: “These reports (about worship and fasting an the 15th of Sha’baan) became very well known in some countries which were overwhelmed by ignorance; One should not be deceived by the large numbers of ignorant people who do these things.”

The REAL Sunnah regarding Sha’baan:
If you truly and sincerely want to please Allah () and do deeds that will be acceptable to Him, then follow the REAL Sunnah of the Messenger (). Here is what is proven in the authentic sunnah:

1. Fast most of this month as much as you can.

Aa’ishah () said: “I never saw the Messenger of Allah () fasting for an entire month except in Ramadan, and I never saw him fast more than he did in Sha’baan.” (Bukhari, Muslim)

2. However, if you are weak or do not fast habitually and feel that this nafil fasting may be a hindrance to your obligatory fasting in the month of Ramadan, then the person may stop the nafil fasting in the last few days of this month. And for that person, the Prophet () said:

“When Sha’baan is half over, do not fast.” (Saheeh by al-Albani in Saheeh al-Tirmidhi)

3. If you have fasts left over from last Ramadan to make up, then hurry up and do so in this month of Sha’baan before the next Ramadan comes. It is not permissible to delay missed fasts until after the following Ramadan, except in cases of necessity (such as a valid excuse that continues between the two Ramadans). Aa’ishah () said:
‘It used to be that I had days to make up for Ramadan and I would not be able to do so except in Sha’baan.” (Bukhari)

[ original link and text of : http://blog.islamiconlineuniversity.com/shabaan-misconceptions-and-realities/ ]

Feel so sorry for the Malaysian plane crash :'( May Allah give the families patience and give the deceased higher places in jannah 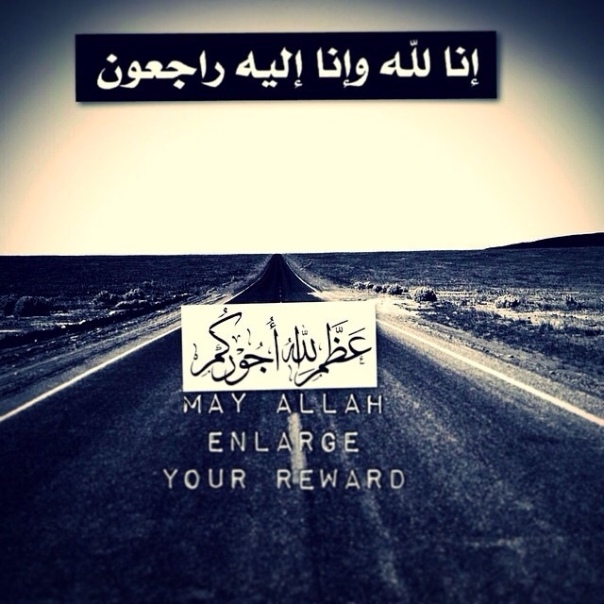